The Truth About War

War and the Effects on Children
Photo Collage

In this collage I wanted to portray how war can affect everyone, young and old. People’s decisions in war killed parents and made kids homeless. I chose to do this because I had an aunt who came over as one of those babies from Operation Babylift. I wanted to make a collage of some of the photos of the kids that were being taken out of Vietnam. They were taken to other countries such as the United States, Australia, France and Canada. These babies were put into blankets then into cardboard boxes and strapped in as you can see in the top left corner of the picture. As a result of them doing this they gave these children a new chance. 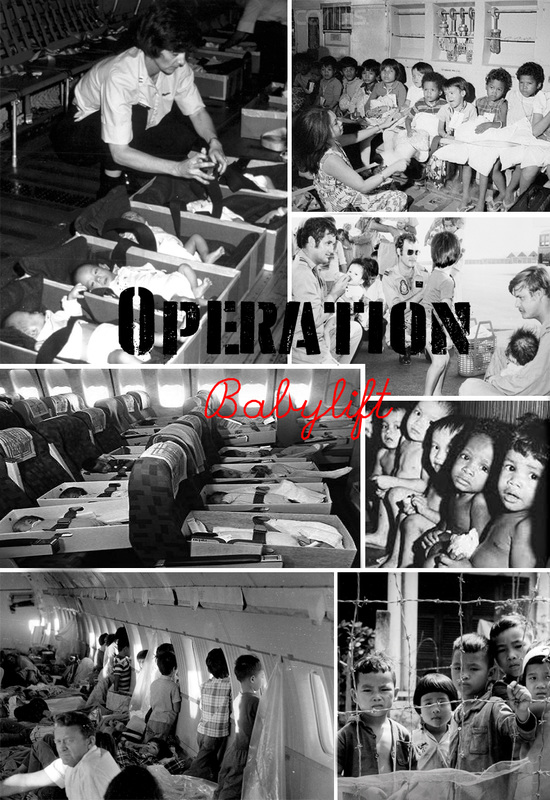 In the project the truth about war we read books, watched documentaries, read articles, and did an interview with a Vietnam veteran to answer some basic questions. We started the project with our reading of the books and the articles. We did this to get a good background knowledge on the basic questions that we were going to be answering. We then watched a documentary, which I was gone for because I was sick the day that we watched it. I learned a lot through this project that I did not previously know. In this project I learned just how much confusion, hatred and pain went on during the Vietnam War.
​
Part of the truth about war project was doing an interview with a Vietnam veteran. We did this through the “Storycorps” app. We recorded in the app and uploaded it to their library of interviews with other veterans. The “Story corps initiative is to get a collection of all of the firsthand accounts of what it was like to be in the war so in the future we wouldn’t forget what it was like and we would always have our first hand accounts of what it was actually like in the wars. I interviewed my grandfather who was a Vietnam rescue helicopter pilot. During this interview I asked him “When was it the reality hit that you were in war?” he said “When we were the plane ride over we got shot at by the enemy and that’s when it hit me that we weren’t back home.” I think that stuck with me because war is war, they never even saw the land or even set foot on the ground and they were getting shot at. I think that I learned though my interview as well as others, that there truly are two types of courage. There is the kind to go into war get shot, and there is a type of courage where you have to hold it together after the war it over after everything you have been through getting shot at, killing people, and seeing your people die.
​
We did a seminar on what we have learned through our Vietnam project so far. I think I learned a lot about war what it was like why we went into the war and just how disorganized it really was. I think that I did a pretty good job in the seminar, showing my ideas and clarifying things, I think one of the things I can work on for the next seminar would be inviting people into the conversation more. There were people who liked to talk more than others and it’s good that they are sharing their ideas but they need to invite people in the conversation more. In The Things They Carried I learned a lot that I didn’t know before. I learned about the truth in war, how it isn’t always hell but isn’t always happy fun times. Some examples from the text is like someone says “After a firefight, there is always immense pleasure of aliveness.” I think he says this because they are just happy to get out alive so they are thankful. And another example is “You hate it yes, but your eyes do not.” They talk about this because part of it is horrible but in a weird way they like it, there is a beauty about it.

In the project the truth about the Vietnam War we did a timed write about the start of the Vietnam War and how it happened. Through this I learned a lot like just how much confusion there was during this time. The Vietnamese people thought the U.S. were trying to take them over and enslave them. They didn’t even know what was going on. I think a historical thinking skill that I used really well is, contextualization. By using this historical thinking skill I learned that they had so much confusion going on and there was no communication going on though the war. They didn’t really know what was going on. Both sides were fighting for what they thought was right. I think that this essay was confusing and I never really saw a clear line at all. I was confused with the process and didn’t really know exactly what I was supposed to be doing. But overall I think that it was good and I learned a lot through this but never really figured out how or why the war started.

I learned a lot through this project and I learned about how we got into the Vietnam War and why we got into it. Although the Vietnamese wanted to make their own decisions, the U.S. would try to not let them fall to the communist rule. In an article McGeorge Bundy said “That the U.S. cannot tolerate the loss of southeast Asia to Communism.” This quote is saying they cannot let Vietnam fall to communism because they are afraid of the domino effect. No one knew what was going to happen if Vietnam fell to communism. They feared that if they fell then the countries would fall around it. So they were trying to stop the spread of communism so they wouldn’t have to find out. They were scared of the domino effect.
Powered by